This week we’re traveling back in time to July 25th, 1920—ninety-five years ago this weekend. On that bright summer Sunday, the cornerstone was laid for what is now the main building of Klingberg’s New Britain campus. Hundreds of people were in attendance for the event, including the children for whom the home was being built. Several addresses were given by local ministers, the mayor, and Rev. Klingberg himself, and the cavity of the cornerstone was filled with a number of items related to New Britain and Klingberg, including pamphlets, photographs, local newspapers, and a card from a friend. 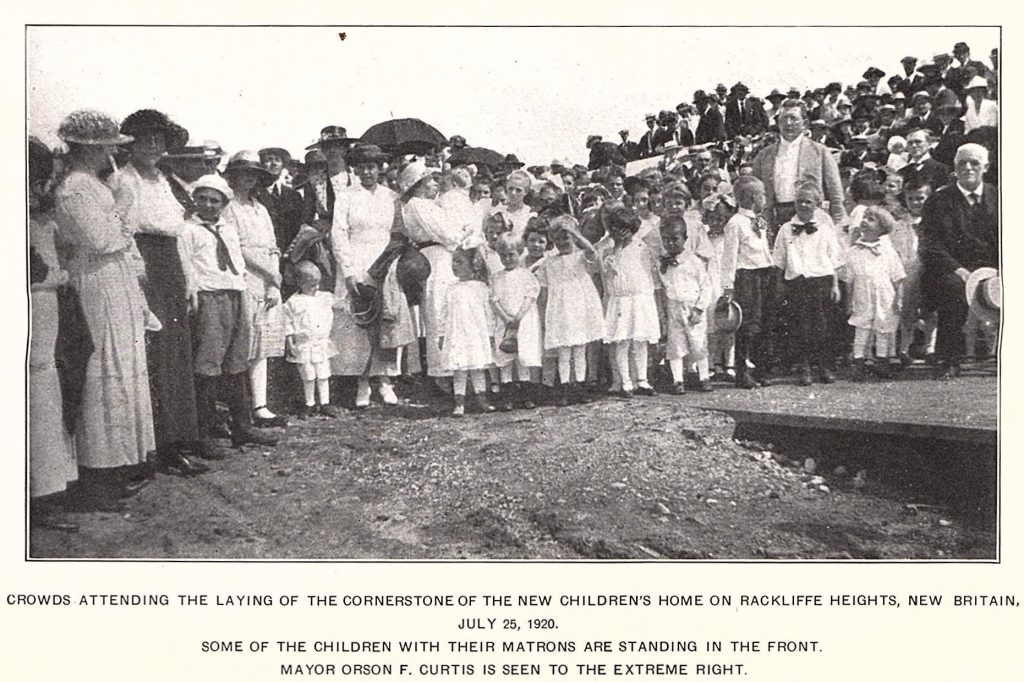 At the time, Rev. Klingberg had the care of 135 children, and boarding them in multiple houses throughout New Britain was not practical or cost effective. Ground was broken for the new building on August 24, 1909, but the work was interrupted by World War I, and the children did not move in until July, 1922. Over the next several decades, hundreds of children would come to call this building home. Today it holds several programs of Klingberg Family Centers, including Foster Care & Adoption, Extended Day Treatment, Fatherhood 360°, the Outpatient Clinic, and Child Abuse Treatment Services (CATS).

In a letter submitted to local newspapers in the spring of 1920, Rev. Klingberg stated his hope “that the new building as well as the work as a whole [would] be a credit to New Britain in the years to come.” Nearly a century later, I think we can safely say that his hopes have been realized. While the methodology has changed, the goal has remained essentially the same: to extend hope and healing to children and families, because each child is precious and deserving of a safe, caring home.