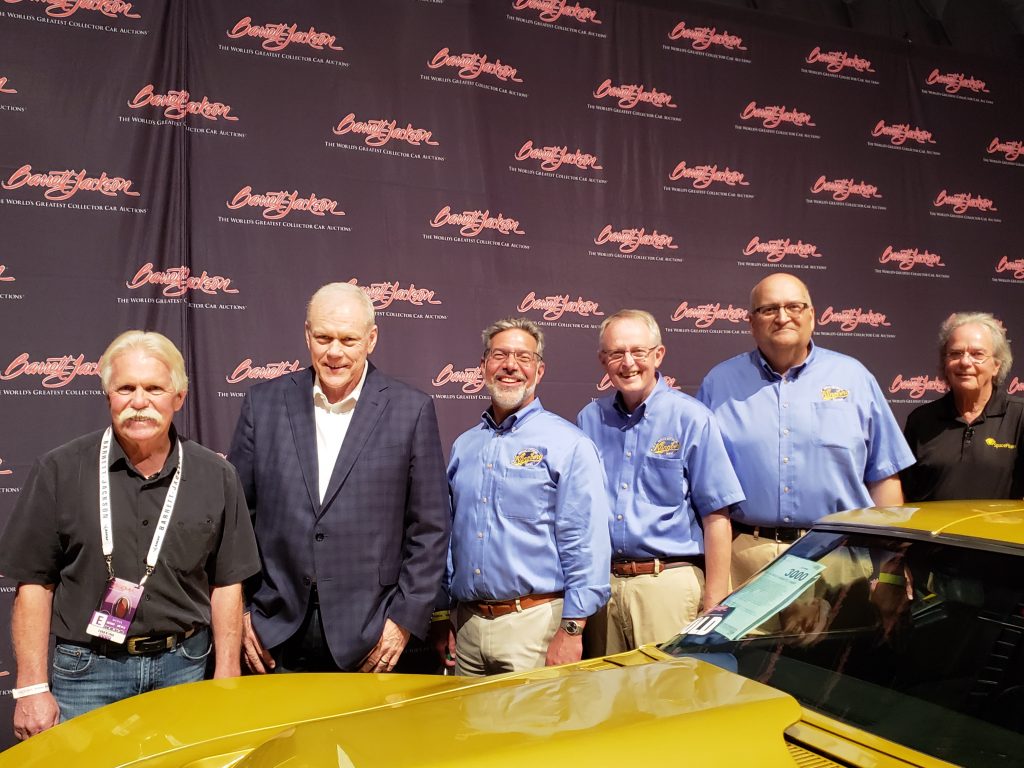 Klingberg Family Centers’ Auto Restoration Program auctioned off its 1971 Chevrolet Corvette Stingray for a total of $50,000 on Friday, June 22, via Barrett-Jackson. Barrett-Jackson is the leader in collector car auctions and automotive lifestyle events, and generously waived all fees for this charity auction. All of the funds from this sale will go back into the Auto Restoration Program to allow students at Klingberg’s special-education school to continue learning to restore and maintain automobiles.

Klingberg restored the car after Bill Woodman, CEO of SpaceFitters, donated it to the Auto Restoration Program in 2015. The Program, a vocational elective in the Klingberg Family Centers’ special education school, exposes high school students to the craft of automobile restoration and vehicle maintenance with the goal of providing them with hands-on work experience and job skills. These students have been victims of trauma in its various forms, experiencing severe family problems or mental health issues, or have learning disabilities. When the Corvette first arrived, they were amazed that someone would give up such a car, but they were even more amazed when Woodman told them it was because of them. He wanted to encourage them and help them in considering an automotive career. Over the past three years, the students have enjoyed learning about the car, maintaining it, and completing minor repairs.

Wayne Carini of Velocity’s Chasing Classic Cars, who is also a supporter of the restoration program, took the Corvette and brought it to auction condition with financial backing from Stanley Black & Decker, another program supporter. The auction was held in the Mohegan Sun Arena and televised live on Velocity. Wayne Carini and Dr. Steven Girelli, President/CEO of Klingberg, were at the podium to present the Corvette as it went on the auction block. Wayne encouraged the audience to bid high, saying, “Klingberg’s Auto Restoration Program teaches young people how to restore cars and feeds back into our hobby.”